ALLAN PETERSON is a American poet and visual artist whose writing has appeared in print and online literary jour als for over twenty years. His prize-winning collections, All the Lavish in Common (2005 Juniper Prize, University of Massachusetts), and Anonymous Or (2001 Defined Providence Prize) are accompanied by six chapbooks, most recently, Omnivore from Bateau Press in 2009. Commentaries and reviews of his poetry have appeared in: The Believer, The Yale Review, Boston to Berlin, Publisher’s Weekly, and most recently in poet and critic Stephen Burt’s book of essays, Close Calls with Nonsense: Reading New Poetry. A recipient of fellowships from The National Endowment for the Arts and The State of Florida, he and his wife, Frances Dunham, an environmental activist, divide their time between Gulf Breeze, Florida and Ashland, Oregon. 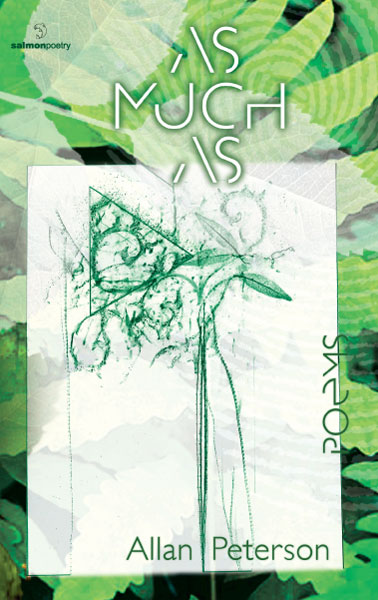