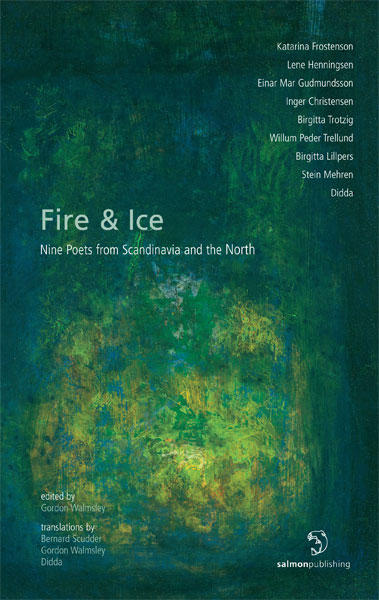 Fire & Ice: Nine Poets from Scandinavia and the North

"The world of the north, of Scandinavia and the islands, is a world in which the veil between seen and unseen worlds has its very own quality of transparency. This quality has its pendant in what we call intuition. That the people of the European north have for centuries been esteemed for intuitive qualities should come as no surprise to the readers of these poems...

Through fire and ice." 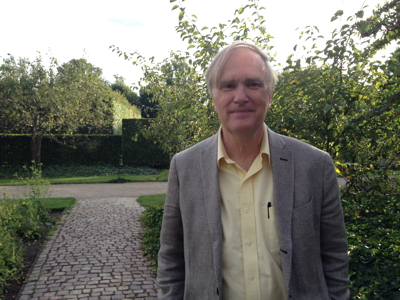 Gordon Walmsley is from New Orleans but he has lived in Europe for most of his life. He now lives in Copenhagen where he has resided for many years. He is the author of seven books of poems and one poetically constucted novel. He translates from various languages, often for www.copenhagenreview.com, which he founded and continues to edit. He has degrees from Princeton University (Germany literature) and Tulane Univeristy (Law).
Winter Song
(by Lene Henningsen)

The paper leaps up
ready for the next slice

Hahaha
the night of the knives
more than small lies

take care of the dreams
white beasts may have:

Stuck in the old geographic model of core and periphery, the Scandinavian countries have long had to struggle for inclusion in the continent's cultural imagination. Topographical isolation is partly to blame, but so too are the fiendish intricacies of the regions' languages. Poetry from Scandinavia has perhaps made the least impact of its cultural exports. This is true of its impact even here in Ireland, where one would expect our long history of contact with Scandinavia to have generated at least some interest. It is fitting then that Salmon, an Irish publisher, should be responsible for Fire and Ice, an anthology of translations from nine Northern poets, edited by Gordon Walmsley.

'What is written will avenge itself', writes Denmark's Lene Henningsen, and this is exactly what is happening in the translations available here. For the most part they are loyal to the kind of language one might expect from a land of snow and sharp mountains. Though there is an occasional drift towards melodrama to be found in the words, their stoicism sometimes replaced by artifice, the failures in this anthology are far outweighed by the successes.

Walmsley has chosen well, and the poetry is seldom at a loss to solidly conjure the realities of northern living. 'The Faeroese was trying to tell / the Greenlanders I was a nice person', writes Icelandic poet Didda of her experiences aboard the Atlantic trawler. The three poems she has included in the book show the benefits of her own work as one of the translators. 'I am my own opposition,' she says in 'Passion', and her work displays the honesty of a true poetry well capable of gutting open the psyche of her land. In 'Iceland's Honour', she tells us she 'tried to gather all the inferiority complexes / we small nations have into one,' and it is along this road that the best of her poems travel. More of her work would have been a welcome inclusion.

In Katarina Frostenson's poetry, the reader finds the deep connectedness which characterises the Northern peoples. 'We resemble one another,' she begins. 'There is hardly any difference.' The two long poems translated here, 'Negative, Twinkle' and 'Tempest' develop this theme, but are quick to remind us that the intricate relationships within Scandinavia are a result of their collective marginalisation: 'I stalk the border world,' she writes. 'I will hound you to the rim.'

Meditations on bordres and divisions also drive other writers collected in Fire and Ice. Birgitta Trotzig's prose poetry is consumed by the concepts of thresholds and dividing lines, of being 'not on this side, not on the other side.' The long series of excerpts from her Sammanhang published here are her first English translations. They do not disappoint, revealing a keenly focused poetic talent through a series of raw landscapes and, more soothingly, depictions of new life:

The delicate cranium of a child is a fullness of
completion no other form knows. The eyelids
of a child are woven into transparency. In its pupils
the world moves within a mirror.


Lene Henningsen's contribution is slightly different from the rest. Her four poems are accompanied by another section of seven untitled pieces, 'Thoughts on Poetry'. However, this poetic discussion of the creative process is bereft of the hooks found in some of her other vrse, particularly 'Underground', with its stylised typographical punctuation.

Following Henningsen, the reader is presented with a poetry which could not be more different. Einar Mar Gudmundsson is probably Iceland's best-known writer, and the work presented here, solid traditional poems on contemporary Icelandic subjects, serves to reinfoce that impression. The language is deceptively simple. 'He walked from the quayside / and took a cab that drove him / along the rain-grey streets / where sorry houses passed by.' Yet despite this focus on the ordinary, Mar Gudmundsson's poetry seldom shies from the questinos posed by his nation's curious relationship with the rest of the globe. In 'A Farewell to Arms', he writes: 'This is the cliff... / the cliff / where an abandoned / radar dish lies in the fog / sleeping without contact / with the world.' Certainly Mar Gudmundsson represents a major northern talent and his inclusion here is one of the highlights of the anthology.

Fire and Ic also presents work by Inger Christensen, Willum Peder Trellund, Birgitta Lillpers and Stein Mehren. The anthology is a fine primer of poetry from the near-familiar traditions of Denmark, Norway and Sweden, but it is with the inclusion of poets from Iceland that the collection shines. Too often overlooked by Western Europe, Iceland's strong showing here is perhaps an editorial reminder that poetry is a universal compulsion practised in even the furthest lands, and that now more than ever we should not forget its importance in defining our personal relationship with the world, however far from the core we may find ourselves. In 'The Eye of Chaos', Mar Gudmundsson distils just this moral for us:

Do not talk about
large nations and small nations
outposts, corners and peripheries.

This is a globe; its centre
rests beneath your feet
and shifts its ground and follows
you wherever you go.

It is hardly a secret that European poetry (for one example) is infinitely more stylistically, as well as politically, exciting and imaginative than our own. Even a half-baked amateur translator such as myself knows that.

Hats off, then, to Salmon Poetry, for producing a handsome anthology of Scandinavian and 'North' poetry in English for us, the product of ruminations and meditations by Gordon Walmsley, a poet who lives in Denmark, working with Bernard Scudder and a poet named Didda. "Where but in Iceland," Walmsley asks, "could there exist a special department of the government whose task is to confer with elemental beings who might be disturbed by building or highway projects?" Well, an Irish cynic might observe, we have tribunals for that sort of thing here, and the discovery of elemental beings who seem to inhabit places where they deny they ever were.

Some of the poets here have not been translated into English before and so their appearance is the difference and variety of style; from the almost-prose appearance, the 'récits' taste, of the work of Sweden's Katarina Frostenson to the enigmatic prose-poetry and straight versing of Norway's Stein Mehren (both of them born in 1953).

In the poem: No guide. No dictator.

So proclaims Danish poet Lene Henningsen (b. 1967) in some poeticised thoughts on poetry; words which would be in themselves enough to frighten the grants off many a young Irish poet. Sweden's Birgitta Trotzig is not afraid to ask awkward questions, for example about the relationship between art and the world:

Now what is the connection between art and the natural world? Where does imagination's space arise?

Didda, born in Iceland in 1964, has collaborated with that other ageing angel of the enigmatic, Bjork; 'Iceland's Honour' is a tough, éngagé poem in which the narrator, workin on a trawler,

tried to gather all the inferiority complexes
we small nations have into one, but the only
thing I felt was this active empathy
and fathomless interest in the effects of firewater.

As in Ireland, a pint of plain (or its Icelandic equivalent) is your only man when the political going gets rough. The work here seems to suggest that these poets, consciously or otherwise, tread a slim path between the upper air and the lower, between the real and the phantasmagorical, aware all the time that silence is the enemy of life itself and someone, always, should have something to say, however fantastical. In this they differ functionally from many of our own poets, for whom either an addict's fondness for fields and soil and the like is tempered with a feeling for the personal and the cosily confined, or the know and the immediate takes precedence over the world-wide, the politics of a greater place. This, of course, is possibly an objectionable generalisation. But some of the work here would not be out of place alongside that of, say, Maurice Scully, and it is a pity that more Irish poets have not let themselves go a little more, leaped out of Kavanagh's untidy bed into the great coloured, musical hothouse of the imagination.

Review of Fire & Ice in World Literature Today, published by the University of Oklahoma, September-December 2005

GORDON WALMSLEY has undertaken a laudable task: to publish and translate (with the exception of the Icelandic poems) a selection of texts by the Nordic countries' leading poets. Readers will wonder, of course: Why these nine poets? One must assume personal preference, and the editor states his criteria clearly in a brief preface. He quotes one of his poets, the Dane Willum Trellund, who pronounces: "Unless you have been / both in Heaven and Hell / I don't believe your word." Walmsley prefers poets who know both darkness and light--poets who move across the threshold that takes them into that dark inner world that may separate them from other human beings. Walmsley is right when he states that these journeys into such an inner world take courage, but he might also realize that those sojourns may bring the reader close to a world fairly difficult to enter.

To put it differently: in a sense, Fire and Ice is a testimony to a type of criticism called reception aesthetics, a school that gives, in essence, preeminence to the reader. That is legitimate, but, in this case, what makes wonderful sense to one reader may not matter to the next. Some may swoon over Inger Christensen's systematic poems, others may find them dull. Some find beauty in Katarina Frostenson's texts, others may find them utterly inaccessible. In most cases, Walmsley's selection of poets results in texts that take readers into private realities. However, there are exceptions. Stein Mehren's splendid poem "The Summer House" captures the common experience of closing up a beloved summer place and then returning to that haunting place during the winter months. The poems of Didda, a raw and gutsy female voice, conclude the volume with some frank and direct texts that conjure up very tough experiences.

It seems that Walmsley is implicitly making the creative process a subtheme of Fire and Ice, for several poets write on "thoughts of poetry," and in a marvelous text, Einar Mar Gudmundsson imagines Homer arriving in Reykjav'k and questioning a cab driver about storytelling in Iceland; the cab driver's response says a lot about Nordic poetry. Walmsley's selection shows that the poets' query as to what they are doing as they write continues to haunt those people who try to create well-wrought urns--even if they have broken (with) the forms of the past.

The texts read well--as poetry, not as translations. I hope that this collection will be adopted for college classrooms. It deserves to be.

Other Titles from Gordon Walmsley 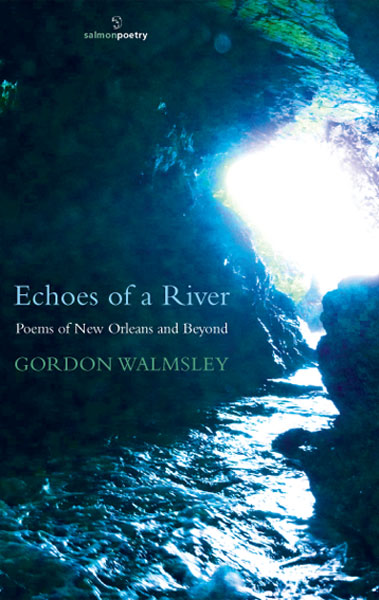 Echoes of a River: Poems of New Orleans and Beyond 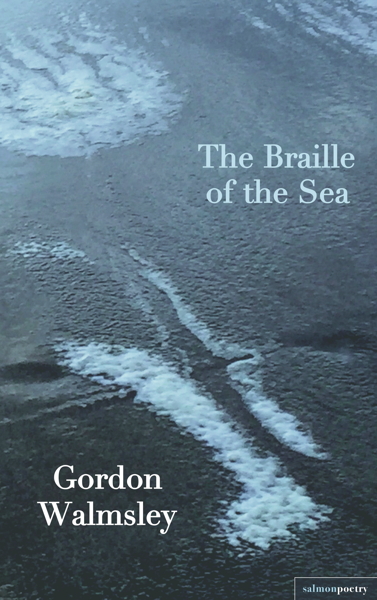 The Braille of the Sea 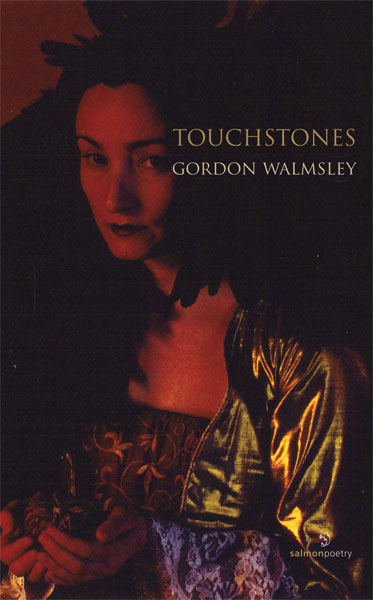