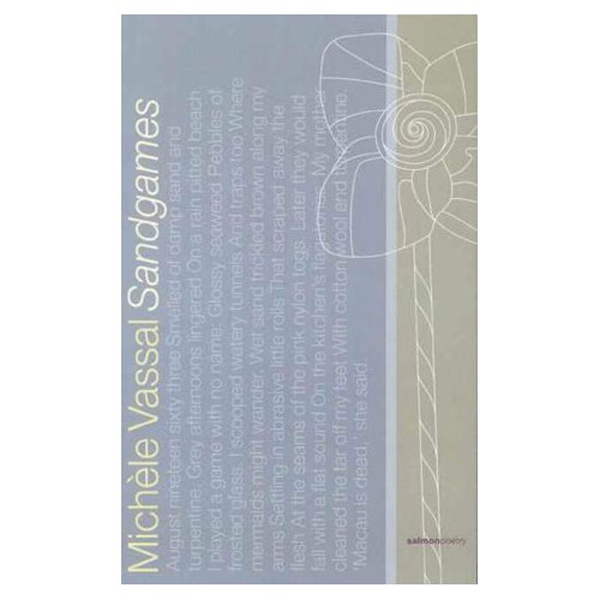 Originally from the Ubaye Valley in the French Alps, half-way between Provence and Piedmont, Michèle Vassal moved to Ireland in her late teens.
In 1999, she won the Prize for a First Collection at Listowel Writers' Week, since then her poems have been appeared in many journals and anthologies and she is frequently invited to read her work at festivals and events in Ireland and abroad.
Her two collections - Sandgames (2000) and A Taste for Hemlock (2011) are both published by Salmon Poetry.
Some of her poems have been adapted to music, most notably by legendary Skid Row guitarist Jimi Slevin and acclaimed Irish singer/songwriter, the late Martin Egan.
She is also an artist and has designed CD and book covers.
She currently lives near Bantry (Ireland), with her husband, the piper/harper Brendan Ring.  They are currently working together on some recordings using traditional Irish instruments and contemporary verse.
Her poems can be found in The Cork Literary Review (issues 4,5,6 and 16), Podium 3, Samhlaich Chairri, Cùm, The Stinging Fly, Books Ireland, The Kerry Anthology, Poets for the Millenium, The Sunday Tribune (New Irish Writing), Leaves, Fish, 10k Poets, Mslexia, Cosmos Review, The Café Review, Gloom Cupboard, Bare Hands, Patte de Chat, The French Literary Review, A Journey in Poetry, Dogs Singing: A Tribute Anthology, Blue Max, Poetry Bus, Even The Daybreak: 35 Years of Salmon Poetry, Poetry Monthly International, The Sea, The Irish Examiner, Visions, On the Banks.
She received 1st prize at Listowel Writers' Week and was shortlisted for the Hennessy/Tribune awards, New Irish Writing.
She has also been shortlisted in French for ‘La Fureur du Noir’ and in English (Fish Crime Fiction), for her criminally-minded short stories.
The Artist Paints The  Immaculate Conception

Drawing with the right side of the brain
teaches us to trace the empty space
around the object one wants to capture,
its contours revealed by what is not.
When I painted The Annunciation in Bewley's
(the background of Harry Clarke stained glass
and the velvet seats' crimson lustre
made it very pre-Raphaelite)
I remembered little besides his white shoes
because I had thought them in bad taste,
and his eyes, because they were like yours.
But now that I know how to draw negative space,
the invisible angle of his wrist
against your shoulder, the fictive space
between you and him nearly non-existent,
I gouge our existence out of the void:
And I wonder if it could be, my son,
that this man's absence has defined us.


On The Long Acre

the wrecked ark of a bird's ribcage
paper boned
heaves in the wake of the breeze.
Out of the depth of its hull
ants trickle
in a troubled procession
preceding
the magenta covenant
of a dead cinnabar moth.
A finch on a rush
observes
and for a while
God's vengeance
hesitates.

Other Titles from Michele Vassal 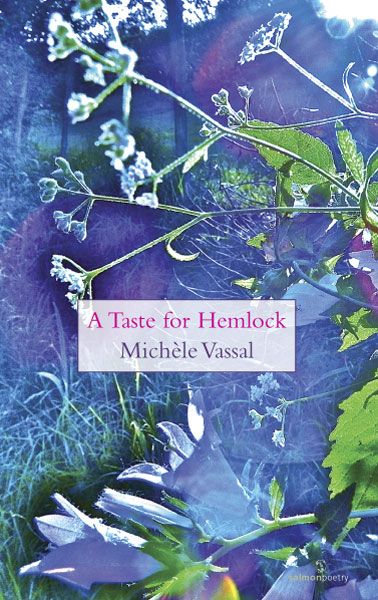 A Taste for Hemlock