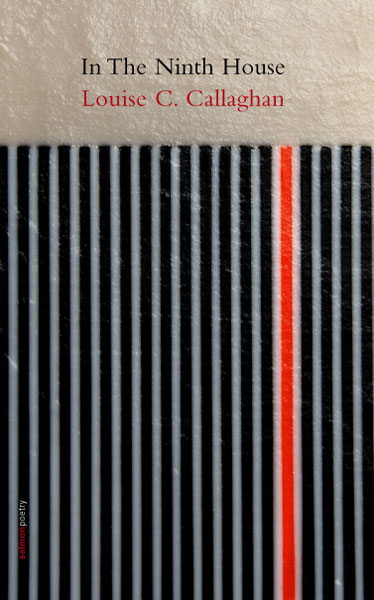 In The Ninth House

In her third collection, Louise C. Callaghan writes of universal truths. Here are lucid, poignant poems about forgotten episodes in our lives which we all recognize: first memories and schooldays, and learning to read and write.      Her sheltered city garden is the focal point from where she looks out, far and wide. Digging deep into the rich dark soil of that garden she finds, in 'Homeguard Earlies' more than potatoes. They are transformed into:          luminous planets revolving          in the Ninth House of one's natal chart. Fusing the daily with the metaphysical 'they smell of clay, of frost March mornings, of life...survival'. 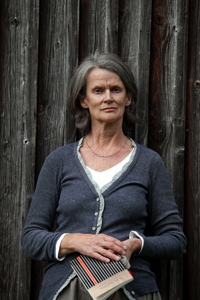 Louise C. Callaghan was born in 1948 and brought up in County Dublin, Ireland. She now lives in Dublin, close to her four children and many grandchildren. Her poetry collections are In the Ninth House (Salmon,2010), The Puzzle-Heart (Salmon, 1999) and Remember The Birds (Salmon, 2005). She compiled and edited Forgotten Light: An Anthology of Memory Poems (A & A Farmar, 2003). Her poetry, which is widely anthologised in Ireland and England, is included in the Field Day Anthology: Vols IV & V.  She completed an M.Litt in Creative Writing at St. Andrews University in Scotland (2007).
Growing Up

Facing its womanly girth first I’d search
under frills of leaf for a branch to grip
then purchase for a foot to lever myself up.

By then each sister had claimed her own
quarters in the deciduous torso: one of four
slope-trunks reaching out of its central bole.

Another grip,  a niche and I’d be up level
with the vestibule – leaning out over
Chestnut’s rough bark, poised to enter

my private world. But however I tried
that dense foliage, however heartset,
the last foothold was still too high.

from An Artist & His Letters – 4 Poems

I tried to paint his empty place:
the Yellow House, Gauguin fled.

He copied the more ornate of two chairs
after the friendship foundered.

On its surface, two books
and a lit candle in a candle-stick.

Here in the museum, the portrait
of it and his own rough chair,

I try to get closer with my notebook.
One chair outstares the other.

It seems to me
three decades later
and more

the sad arc of her helmet
is bowed for
some mortal loss:

that gentle-eyed Pallas
was the psalm
of her saddness.

With love’s arms around her
they wrestled and played,
girl and goddess,

how perfectly
they matched.
I can hear them laugh.

But too easily she snapped.
In pity and sorrow,
Athena took her name.


The text of Professor Anne Fogarty's launch introduction at the launch of "In the Ninth House" at the Unitarian Church, Dublin, November 2010

It is a very great pleasure to launch Louise Callaghan's In the Ninth House.  This is Louise's third collection; her previous volumes, The Puzzle-Heart (1999) and Remember the Birds (2005) were also published by Salmon Poetry.
In the Ninth House begins with a poem “Two-and-a-Half” which tracks the child's view of the world and ends with a poem “Annaghmakerrig Revisited” which looks at the world from the writer's perspective and endeavours to capture poetic experience in the making.  Points of view and moments of observation are the central grounds on which all of the varied but uniformly reflective poems in this volume are written.  The poet-observer looks at the world from many different vantage points, as child, as daughter, as artist, and as grand-mother.  The impetus in all of Louise Callaghan's poems is to capture observation and experience and to turn it into thought.
The Ninth House or the Ninth Heaven is a term from astrology and cosmology.  In ancient cosmology, the ninth circle is the sphere of philosophy, reflection, and symbol-making.  The ninth heaven is linked with Sophia, the Goddess of wisdom.  In Taoist religion, the Lady of the Ninth Heaven is a female deity who holds a sword in one hand  and a gourd in the other.   The sword is symbolic of her active, warrior-like qualities and the gourd is symbolic of her quest for truth.
These dual facets of the double goddess of the ninth heaven are captured in Louise Callaghan's measured and controlled poetry.  There is a sense of experience and thought pulling against each other and forming the forcefield of these poems.
In the Ninth House is divided into three sections, “Waiting for Frogs to Hop”, “In the Ninth House”, and “Getting Started”.  Within these sub-sections are many poems that are parts of sequences.  The overall trajectory of the volume is to move onwards, to progress, and to distil realization.
What is striking about so many of these poems is their rendering of felt thought or of engaged encounter between self and world.  Often, this sense of encounter is conveyed through an interaction with the peculiarities of the natural world.  In “Jubilee”, the poet watches six frogs on the garden lawn and intensifies our powers of concentration so that we are able in the final lines like the poet to be:

transfixed by one
throat pulsing

to the rhythm
of rainbeat on grass

masking the intent
of an amphibious heart.

Louise writes more profoundly and captivatingly about frogs than any other poet I know.  Many of the other transfixing poems in the sequence beautifully deploy images of birds and frogs to convey the felt but obscured mysteries of existence.
Another over-riding theme of this collection is that of the journey: the poems move fluidly between various locations and artistic frameworks from Ranelagh to Inis Meáin, from Van Gogh's Arles to Goya's Andalucia, from a summer house in Finland to a medieval tapestry, and from St Andrew's to Sappho's island.  Above all, these poems are concerned with the meaning of art and with the ways in which poets convert experience into pattern and meaning.
Many of these poems are meta-poems; many of even the most personal of them, such as those about the childhood dread of going to boarding school and the shame of rubber sheets or about her father and her mother, connect up with earlier lyrics that Louise has written and revises and modifies them.  In other poems about van Gogh or Pallas Athena, the ways in which human pain is transposed but also buried and covered over by art is considered.
The evocative and precisely weighted language of In the Ninth House invites us to reflect on experience; they also urge us to submit ourselves to the thought processes of poetry and to read the lyrics in the volume as varied but interconnected sequences.
A stimulating recent study of modern poetry written by Jed Deppman is titled Learning to Think with Emily Dickinson.  The experience of reading In the Ninth House is one of learning to think with Louise Callaghan.
“Annaghmakerrig Revisited” concludes with a precise insight into what poetry cannot capture: “And nothing can bring back that echoing/ aftercall of the grazing whooper swan”. In such a vision, poetry points to an ineffable space beyond itself and involves an impossible conjuration with Being and mortality.   In the Ninth House sketches out sparely realized but deeply felt observations of the world which counter-balance memory and loss, acceptance and pain, and art and life.  Above all, Louise Callaghan seduces her readers into enjoying the complex wisdom and felt truths of her poems.

Other Titles from Louise C. Callaghan 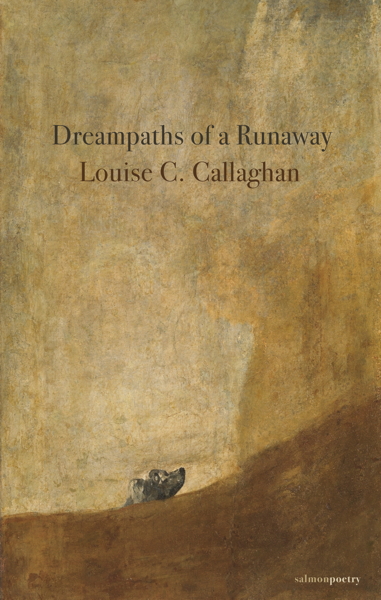 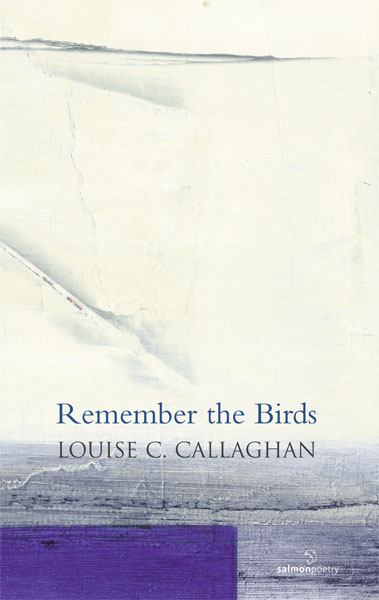 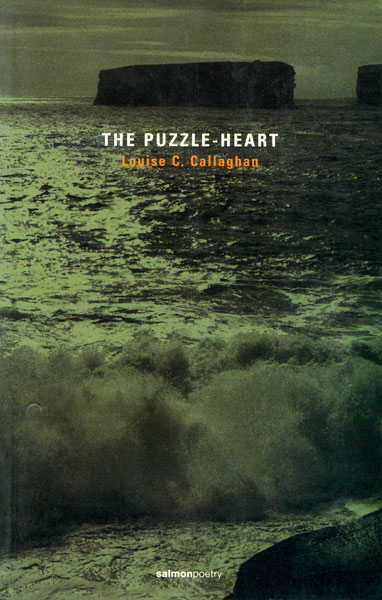