Find A Place That Could Pass For Home / Glenn Shea 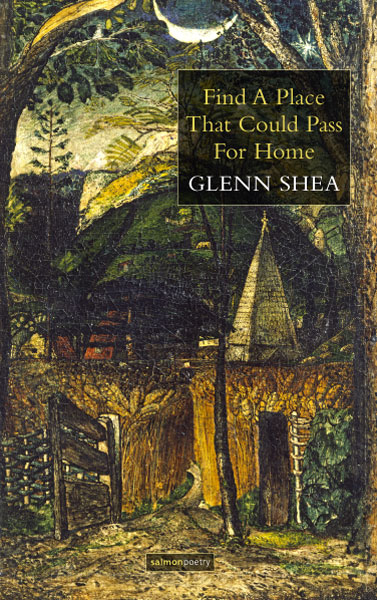 Find A Place That Could Pass For Home 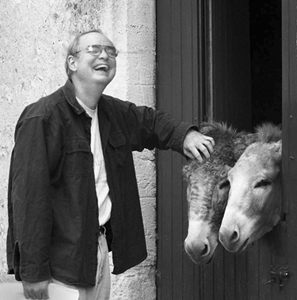 Glenn Shea was born and has lived most of his life in Connecticut.  He has worked in the library of a cancer clinic and in the French department of a foreign-language bookshop, washed dishes in the Scottish Highlands, gone to pilgrim’s mass in Santiago, and eaten really good tex-mex in Chengdu.  He has read his poems in local libraries and shops and venues in Dublin, Paris and Verona.  He works with a group of illuminati in a huge used-book shop in Connecticut.  Find A Place That Could Pass For Home, his first collection, was published by Salmon in 2010.
Portrait of the author with Job and Jus de Carotte by Katherine Karlson.  The author is on the left.
Chartres

There among the aisles and chapels
it still goes on, the old life,
amidst the medieval racket
of post cards and sacred crockery,
the gabbled cloud of foreign tongues
and people peering at dark corners;
the old life persists, mostly among the old;
the woman leaning to kiss the Virgin’s brocaded hem;
the murmur of the devout; white candles
and the clink of francs in the mission box.
A boy of eighteen knelt before the altar,
his face hid in his hands, the muddle
of the life outside pursuing him here as well.

For gems, the painted glass, and for choirs
the figures carved in stone;
Chartres stood their sketch of Paradise,
the place where, as best it could on earth,
time stopped.  It was to be,
as an arch gives stone the power of flight,
the place where faith would give
the clay of flesh its flight, a semblance
whose stones would tug the heart towards prayer,
build in it the desiring of heaven.

I saw the boy again.  At the west door,
beneath the rose of the Judgement,
he met a friend and took him to the font.
He put his fingertips in the holy water
and with them dripping made the sign of the cross
on the body of his friend:
touched his forehead first, the flat of his chest,
the left shoulder, then the right, and last
the slight swell of his belly.
The other in turn, fingers wetted,
touched the forehead of his friend, the chest,
left shoulder and right shoulder
and belly.  They turned to go,
the bead mark of water on their brows.

And when I knelt before the altar,
I prayed:  abject as any man is
in the weight of his faults, scanted
of hope, but who had seen at least the image
of what he desired:  another like himself,
whose flesh he might inscribe
with the water of blessing.

Other Titles from Glenn Shea 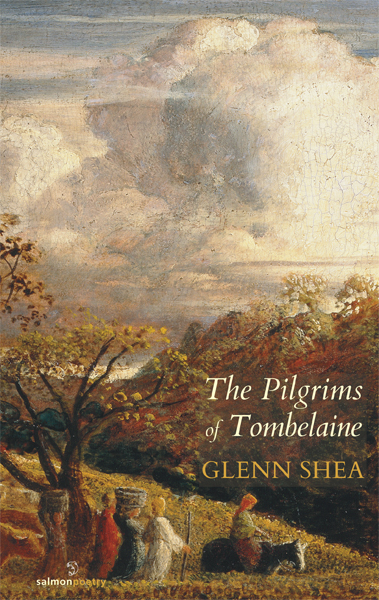