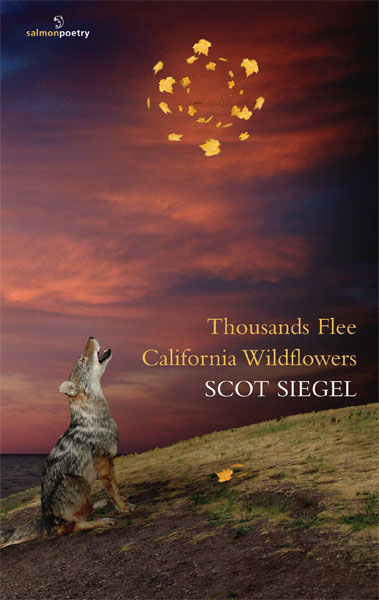 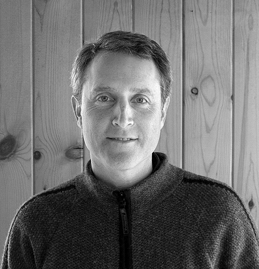 Scot Siegel is the author of three full-length books and two chapbooks of poetry, including Thousands Flee California Wildflowers (Salmon Poetry, 2012). He has been awarded fellowship-residencies with Playa at Summer Lake and has received awards and commendations from Nimrod International, Aesthetica (UK), the Oregon State Library, and the Oregon Poetry Association. Siegel lives in Oregon where he works as a town planner. More information is available at www.scotsiegel.com.

Placer County Roadside Marker
Here is the Goth whose father sleeps
around. She is the Purple Heart he keeps
on the mantel. She’s packed the camo
duffle, stuffed it in the blue Beetle she stole
from her ex’s shop. She punches it with
the top down. Hwy 49 wends south
through scrub oak like a black snake
or a garter snug on the leg of the Mother
Lode: Gold Country. Peach Blossom
Ghosts of Crocker’s Chinese Railroad
men. She can’t get away fast enough
She longs for the scent of bull pines slung
among the swayback hills of Calaveras
County. Angel’s Camp. Sweet gin from
a still. Scruff of a boy’s chin on her lap
Promise of a little lakeside tryst. She’s
famished when she arrives on his door-
step. He hands her a fistful of yellow
asters, runs a hot bath with lavender salts
and feeds her a rib eye steak. His single-
wide is homey and she’s happy here. The
floozies and the whiskey fits, the night
terrors, and the strange calls for bail
all fade like a crass mural on the bar’s
south wall. She’ll never fall in love
again, she tells him in the dream. She’ll
never return to That Devil! She’ll
sleep here forever, if that’s what it takes,
turning under a canopy of aspens
buried in amethyst lupines.
Heaven of the Moment
After John Morrison’s “Heaven of the Moment”
She scared herself on her horse today,
loping over the mole-pocked paddock
at the Lone Star Ranch. First day
of dry weather in months. The sky,
through the sycamore branches, was
a stern vole. A black lab frolicked
on the hill. The air bristled with velocity
Cars pulled over just to watch her
She was that beautiful moving across
the deep green field on a chestnut horse
Though she knew from his breathing,
something wasn’t right. The lab was really
a wolf on the hill. The tourists had become
Iron figurines cast against the witch’s wood
His gait was a drumbeat, a human femur
on an elk skin bodhran. She grabbed a hand-
ful of mane and closed her eyes. Mother
looking on…The horse huffing glue,
lunging for an imaginary heaven
A Little Sweetness at Café Marzocca
The barista’s going on about a little girl
with red curls and hundred-dollar jeans
who reaches into the tip jar
The barista sees her, and it’s a standoff,
a seesaw staring match in the middle
of the midday rush
The barista wants to tell her mother,
but the sun slants through the blinds
and she’s lost in a dream,
recounting her own childhood––
The toy she wanted badly but didn’t get;
the gift that went to her sister––
Then mother enters and they face
one another, and the girl has the gall
to ask for a piece of candy!
But she’s so charming, flashing two
one-dollar bills, like revolvers,
in the barista’s face––
And we see the anguish rise
in the young woman’s eyes, dark eyes
that say, I’m doing my best, but she’s killing me!
And the barista wants nothing more
than to see the bad girl squirm;
Watch mother dress her down,
Teach her a lesson she’ll never forget;
the one she’ll spend the rest of her life
reliving.
Copyright © Scot Siegel 2012

Other Titles from Scot Siegel 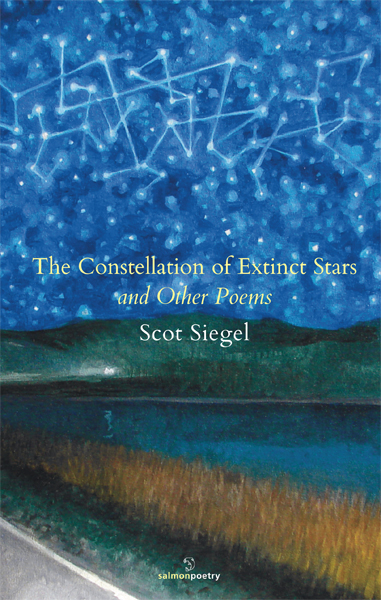 The Constellation of Extinct Stars