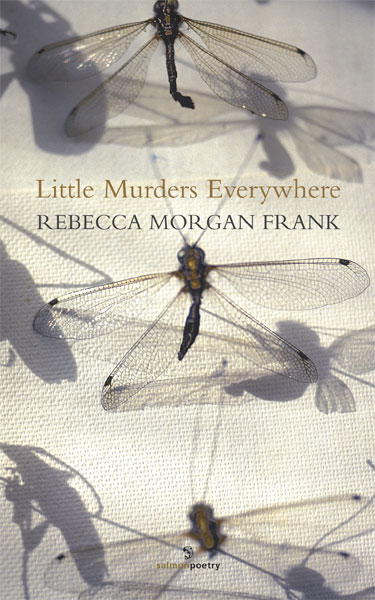 “As for me, I was merely an accessory.”  In Rebecca Morgan Frank’s remarkable first book, the line that launches a story about feeding an injured raptor morphs hauntingly into ars poetica: “I was the dark room, the leather glove, the rope.”  And in between, the countless “little murders”  – the road kill, the rodents, the surplus chicks from a factory farm – that keep a red-tailed hawk alive.  Captured in this parable are both the ruthless devotion to beauty and the yet-more-ruthless devotion to clear-eyed rendering that make Little Murders Everywhere an extraordinary debut.  The elegant formal variations in these poems, the structuring alliterations, the density and precision of the figurative imagination would almost suffice on their own but, wonderfully, they have no need to do so.  They add up, as in all true poetry, to a way of seeing. 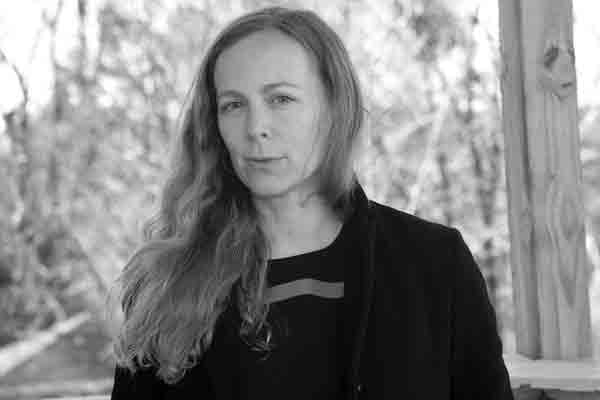 Rebecca Morgan Frank’s poems have appeared in Blackbird, The Georgia Review, Guernica, Ploughshares, Prairie Schooner, Best New Poets 2008, and elsewhere, and she was awarded the Poetry Society of America’s 2010 Alice Fay di Castagnola Award. She is co-founder and editor of the online magazine Memorious.

LITTLE MURDERS EVERYWHERE
As for me, I was merely an accessory:
I raised the ax and chopped the frozen squirrel in thirds.
The red-tailed hawk watched me
marble-eyed,
our fear strung as taut as the line that joined us.
When I offered her the unwanted –
tiny beaks,  spindly legs (male chicks from the factory)–
she came to me, swallowed them whole, left
not a trace of yellow in my covered palm.
Our rope never loosening the length between us.
I tried to please her, found corpses everywhere,
scraped them from the pavement, then
transported, froze, and butchered them.
Small birds, two chipmunks,
a pregnant field mouse. A rattlesnake.
Dark-blood bodies, casualties I didn’t mourn.
I loved only her, her snapping severed wing,
that vicious grip, her equivalent of a fist.
And what could she think of me?
I was the dark room, the leather glove, the rope.
EROS IS HEADED TOWARDS US
Golden or lead. Love or indifference.
Although Eros has been close, it’s no threat
to hit us. Landing on Eros is no cakewalk.
Scientists are delighted by Eros.
Sappho says he’s sweetbitter.
Eros is solid and primitive, far
from being smooth. Dominated by dust-
covered impact craters, scattered rocks.
The chapters of Eros are short.
Eros seizes and shakes from execution
of a controlled descent to its surface.
If you stood on Eros, you’d make a nice footprint.
If love should love, love would be an asteroid.
Asteroids are more subtle than we imagined.
Copyright Rebecca Morgan Frank 2012