The Sin-eater: A Breviary / Thomas Lynch 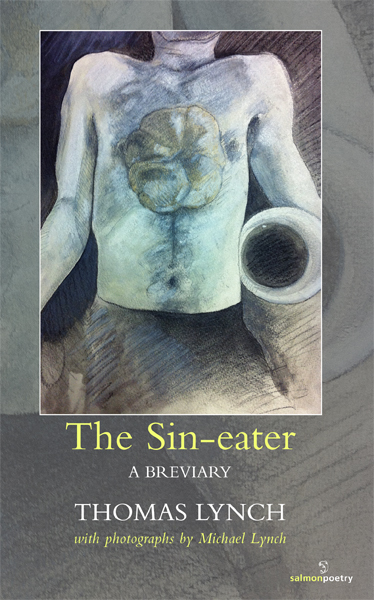 The Sin-eater: A Breviary 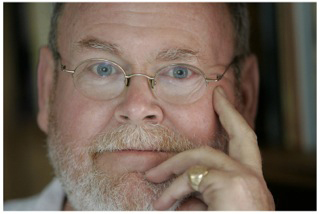 Thomas Lynch is the author of four collections of poems, three books of essays and a book of stories, Apparition & Late Fictions. The Undertaking won the American Book Award and was a finalist for the National Book Award. His work has appeared in The Atlantic and Granta, The New Yorker and Esquire, Poetry and The Paris Review, also The Times (of New York, Los Angelus, London and Ireland) and has been the subject of two documentary films, Learning Gravity by Cathal Black and PBS Frontline’s The Undertaking. He lives in Milford, Michigan and Moveen, West Clare.
About the Photographer: Michael Lynch is an avid traveller and photographer. He is a graduate of Wayne State University’s Department of Mortuary Science and, like is father and grandfather, is a funeral director. He manages the Lynch & Sons Funeral Directors locations in Brighton and in Milford, Michigan where he makes his home.
About the Artist: Sean Lynch is an artist and songwriter. His recorded work under the moniker, 800Beloved includes, Bouquet (2008) and Everything Purple (2010). Before joining his father and brother in the family firm, he studied fine arts at the College for Creative Studies, Detroit. He lives and works in Milford, Michigan.
The Sin-eater
Argyle the sin-eater came the day after—
a narrow, hungry man whose laughter
and the wicked upturn of his one eyebrow
put the local folks in mind of trouble.
But still they sent for him and sat him down
amid their whispering contempts to make
his table near the dead man’s middle,
and brought him soda bread and bowls of beer
and candles, which he lit against the reek
that rose off that impenitent cadaver
though bound in skins and soaked in rosewater.
Argyle eased the warm loaf right and left
and downed swift gulps of beer and venial sin
then lit into the bread now leavened with
the corpse’s cardinal mischiefs, then he said
“Six pence, I’m sorry.” And the widow paid him.
Argyle took his leave then, down the land
between hay-ricks and Friesians with their calves
considering the innocence in all
God’s manifold creation but for Man,
and how he’d perish but for sin and mourning.
Two parishes between here and the ocean:
a bellyful tonight is what he thought,
please God, and breakfast in the morning.
Copyright © Thomas Lynch 2012