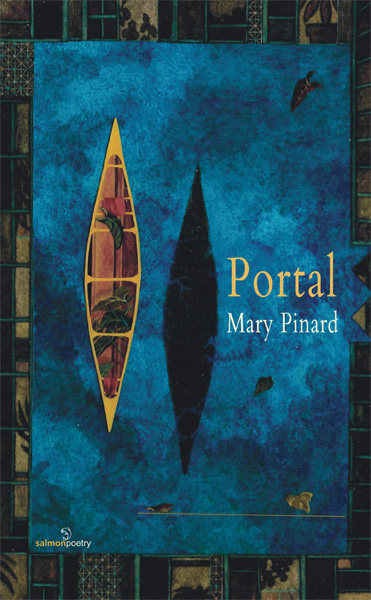 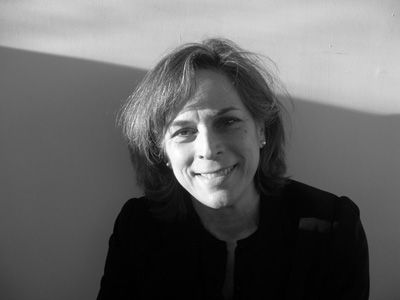 MARY PINARD teaches poetry and literature at Babson College in Wellesley, MA. Her poems have appeared in Prairie Schooner, Iowa Review, Georgia Review, Boston Review, and Salamander, among others. She has published essays on poets Lorine Niedecker and Alice Oswald. She was born and raised in Seattle.

Review:  Portal reviewed by Jacob Strautmann for Salamander: a magazine for poetry, fiction and memoirs (June 2014)
The Letting Go: Portal by Mary Pinard
When writing poetry about traumatic loss, words advance and retreat glacier-like, leaving writer and reader inexorably changed through engagements with form, the new shapes natural processes yield, the landscape that grief and healing make. Mary Pinard’s first book, Portal, is written about her brother who drowned, “his last/moments trapped in the galley of a sinking/tugboat.” The bluntness of her articulation exerts pressure that begins a dynamic exploration of how death reconfigures lyric form. One possibility Portal suggests is this—recreate the estuary, the site of one particular death as a place where life flourishes.
First there is a search for the estuary. The opening poem, “Theory of Disappearance,” begins in a flurry of objects, a list of remembrances:…A blank journalunder the bed. Blue buttons. Seven dinner recipesfor eight, folded to fit inside the left back jeans pocket.A length of waxed rope, once knotted. Change.Porthole. Unopened letters, bills, circulars, no one stops

the papers. Shoes. The cat at a window, the cat on

a bed, the cat in a drawer. One drawer open. Starlings

at dawn, empty feeder. Someone asking how?…

The sonnet-like form with its reassurance of containment falters when Pinard reaches the very question of continuing, the “someone asking how?” in line 13. Pinard’s landscape culminates two lines beyond a sonnet’s confines, its closure stalled at a freezer door pushed ajar by ice (that glacier-like grief): “Frost pressuring freezer seals, the door/never shutting all the way. Eyeglasses. Bookmark.”
But in what would have been the volta in the 9th line, the doubly charged “Change” is both currency and the imperative facing Pinard. While everything before that line brushes against items of no or questionable usefulness (the memento mori of “a snakeskin,” “bird bones,” “a lock/of hair”), her poem turns to “someone asking how” (asked of and by the living); that is her ultimate concern. The immensity of the question forces her to extend what would be a sonnet—in sequence, in diction, in meter and line-length. Pinard’s book takes on this formal challenge and many others as bereavement remakes (re-marks) traditional stanza shapes (tercet, quatrain).
Pinard confronts the couplet in “Diving Lesson”—an early attempt to enter the water herself—with this result: “I would die/to know where they are right now, and if they still believe.”  One half of the couplet severely amputated molds a form to be confronted later, when, for instance, in “On a Picture Taken, Our Brothers on the Grays Harbor Jetty, Arms Outstretched”:

…It shows our two brothers

on the jetty, old boulder piles just yards from

the estuary where your tug sank, their arms outstretched,

and even the tips of their fingers reaching, as if to fathom.

The enjambments spilling over mirror how Pinard adjusts her earlier sonnet-like shape—leaving the door open, so to speak—and though the couplets are still shaped by grief, they now get more breath.
Her attention to shape, even in free verse, reflects her brother’s awareness (as a woodworker) of the give and take of content—the grain here is grief. She describes shaping experience into form in “Blue Lathe,” dovetailing her work with her brother’s craft: I can see how my lamp (his last gift to me) might have come to be: there, alongside the lathe,

of leaves, sawed even

at either end, ready to be

into place by metal pins,

and ready for the cutting

tool, a fine blade to be laid

as it’s peeled and grooved

at the same time.

Here again enjambment marks out the grooves of free verse (her freehand), the lines “pierced/into place by metal pins” of shortened tercets. In this way, Pinard guides us into understanding how to receive her book.
Nearly midway through the collection, the poem “Port-hole” signals a shift into a new focus on the work of the living.  Section vi uses the metaphor of the porthole “now propped so obviously/open, encircling all that had been/inside” as she encircles it literally and in the verse: The day I visited his salvaged tug, it was drizzling, surfaces slick, glossy with filtered cloud light, the cool soothing grey-blue of harbors. I knew

which porthole he had tried to open

as the boat sank, and I stood, looking

through it, now propped so obviously

open, encircling all that had been

outside, heaped on the pier,

This is how grief moved through her, in the thrusts of the enjambed lines, the clatter of three line stanzas that dwindle to two—again, an amputated couplet, though this time the second line’s foreshortened. Before, the portal was kin with the freezer door unable to close, the sonnet shape burst of its contents, the author inside; now the portal becomes the porthole through which she sees in—the book shifts its perspective “outside.”
It is in section nine of “Confluence at Grays Harbor, Washington,” that Pinard indicates the bolder swath of landscape she will claim formally: “See,/for me this making of you, dutiful sailor, universal—part of a long/honored work—is some solace. Who but the poet is left to give the sea/its bittersweet due….” Here, the self-consciousness of form rises up in longer lines and cadences quoting and honoring Whitman’s poem “Song for All Seas, All Ships,” nearly each line identically or homophonically rhymed, formally aware even as it pushes past its expectations. And in the longer sequence, “Song Net for an Estuary,” the glacier of grief retreats most fully, and ice becomes water. It is an estuary full of living things, where “waters mingle, a weave of Olympic glacial melt/with coastline meshings of abyssal sediment”:…Still, here’s a latishwish for everything else plying this estuarine weave—Brown Pelican, Marbled Murrelet, Cutthroat Trout, EastPacific Green, Leatherback, Loggerhead…
It is as if Dickinson’s “After great pain, a formal feeling comes –” which ends “As Freezing Persons, recollect the snow –/First – Chill – then Stupor – then the letting go –” was answered with a spring landscape populated in new diction, with everything from myth to larvae to the “welders and blasters” on the other side of the continent putting a tug together. Her “letting go” allows time to run forward again.
This is redemption on a larger scale as Pinard turns her gaze beyond her brother for many of the remaining poems in thecollection. Her formal imagination is infectious, so that when she returns at last to a final sonnet experiment, “Estuary,” the reader now sees in its tercets followed by couplets the concrete shape of an estuary as it appears on a map. The freezer door, one imagines, is able to close again. In the frankly titled “New Form,” Pinard lets some things be, some things die:Just as the yellow-bellied sapsucker ceasesdrilling the dead limb—flies—finds—hammersa new opening. Did this pattern, repeated a hundred

thousand times, or more, or less, lead to understanding

of softened heartwood, the leaving of the tough,

Portal is a dynamic portrayal of healing as form is torqued to its near breaking point and then reshaped. The beauty of Pinard’s craft lies in its carpentry. Take, for instance, those final two lines of “New Form” above. The question: “for the nestlings?” is a “someone asking how?” with, suddenly, an answer (the poet surprises herself with their appearance): “Nestlings”—the white ice field of the stanza break between. The hungry starlings from first poem live again in what’s been unfrozen. The reader sees the glacier retreat, leaving a pairing—nestlings?/ nestlings—porthole/portal—as an answer.
Copyright © Salamander 2014