The Book of Totality / Yun Wang 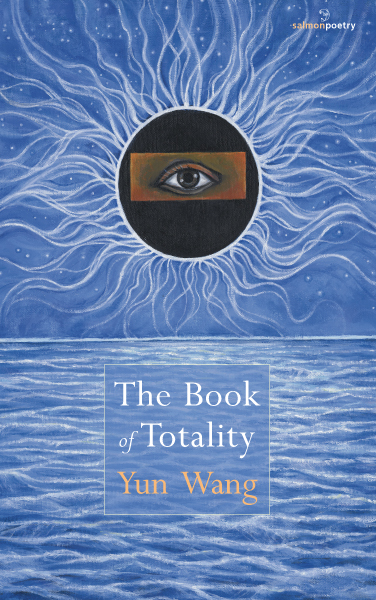 The Book of Totality 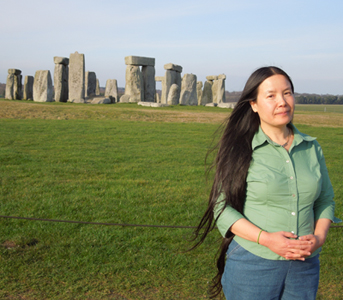 Yun Wang was born and grew up in southwest China. Her poetry book, The Book of Jade, won the Nicholas Roerich Poetry Prize from Story Line Press and was published in 2002. Her poetry chapbook, The Carp, was published by Bull Thistle Press in 1994. She has published poems and translations of classical Chinese poetry in numerous literary journals. Wang has been a professor of Physics and Astronomy at the University of Oklahoma since 2000, and a Senior Research Scientist at California Institute of Technology since 2015. Wang is a cosmologist, and the author of the technical book, Dark Energy, published by Wiley-VCH in 2010.

The Gift of a Cat
Snow.  Everywhere
the whiteness of starlight.
A cat appeared outside my open window
dropped off a parcel
upon our heap of coal.
Stunned by this
I told Mother. She picked it up:
a piece of frozen pork.
Mother cooked it with green chili peppers
and dried wild mushrooms.
That evening by the fire
Father told the story of the poet Li Bai
who declined the Emperor’s invitation
until the insolent Prime Minister
came to fetch slippers for him.
I could not stop thinking of the cat
black with green eyes.
Snow filled night with down.
I dreamed of gliding through the emptiness
between the stars.
Their white shadows melted on my skin.
The stars called to me
with the cat’s voice.
Meditation on Hair
A school of fish enters the dark cove
races for pulsing cocoons. Live scripts
of intricate twists and turns.
You ponder the origin of arrows.
Eyes of strangers swim
the dark waterfall of your hair.
Time erodes you
into the ambience of hyacinth.
You read yourself from cover to cover.
A single fish survives, decoded
to form a new universe.
Your hair never reaches your ankles
its length cannot exceed the lifespan
of a single hair. You arrange tea leaves
into patterns of Cygnus and Orion
dream of slender men in a starlit forest
metamorphosing into swans that glow
in flight into a liquid sky.
You are a room that grows with its occupant
tapping your insides with tiny feet and fists.
You are a room filled with iridescent echoes.
Nascent shoots bristle on the horizon.
The drummer squeezes through
the tunnel to dry, airy light.
Time erodes you. Hummingbirds flee.
A glistening in the mirror: needles of white hair.
The roots within your head discuss your change.
Finally, you enter a lake of indigo stars.
Your hair continues to grow beneath the earth
until your body dissolves in fossils’ exhalations.
Dark Energy
Mayan nobles sometimes marched their children
on winding paths up snow mountains.
They would dig a square room, light a fire
leave the children with jugs of elixir
prepared by the priests.
The children sang softly, drank, slept
never woke.
The gods did not come.
The Universe is mostly empty.
Space expands. Galaxies drift away
from each other at accelerated speeds.
Perhaps only the priests
led the children on their last journey.
If the gods had been watching, they would have
knocked the cups from the little hands
carried the children into their beryllium chariot
beamed the priests into the ice-hidden tomb ––
at least for a few hours.
Child, look for others
in the Milky Way’s outskirts.
Someday you will return my ashes
to the stars. You will ponder
pathways to other universes.
Copyright © Yun Wang 2015