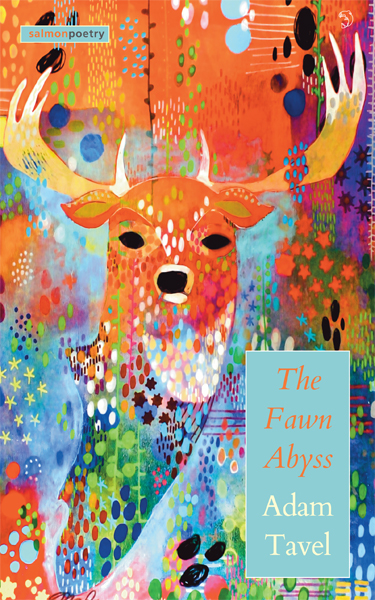 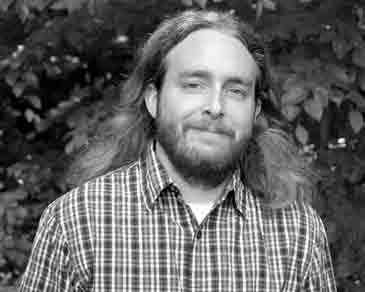 Adam Tavel's first book, The Fawn Abyss, was published by Salmon in 2017. He is the author of six collections of poetry, most recently Green Regalia (Stephen F. Austin State University Press, 2022). You can find him online at https://adamtavel.com/

Tobacco
Here, driven by habit, farmhands
shed their ragged overalls and spark
Zippos before slingshotting pickups
from fields of rutted ochre down
Route 50, its marsh-licked asphalt
maculate with cherrybark oaks,
mossy rust on guardrails, spadefoots
baptized in the mud
of the Nanticoke. This is
Delmarva, where fences rot
like driftwood, where strips
of shriveled seaweed, the sea’s intestines,
sidewind past the feet of children
slathered sun-screen white
pitching shells at the bloated bellies
of Assateague ponies
to the soundtrack of mosquitoes
whirring their zealous frenzy,
where jade breakers suicide endlessly
to foam. Where the green-glow dial
blares WCTG’s three chord overture
so loud the speakers’ bass-thud
feels like the flat palm of God
shaking the dozed
newborn of the soul awake.
Why not waste night by the fistful
among the boardwalk’s dank arcades,
slamming your hips to tilt
the silver ball a breath
closer to the machine’s flippers
while daughters of Jersey tourists
stroll the pitted planks beyond
the stench of smoke and sweat?
For me, such nights are one
long violet stretch that ends
with a fat gull substitute for a rooster
squawking in the bulrush. For me
it’s time to try a line
in this good river, my labrador
nosing tadpoles among the reeds. For us
no difference between empty Coors or shad
in the cooler—hawks over the near barn,
over its brown crop wilting.
The Apostle’s Wife
Tongues of flame, the secreted tents, slinking
mute-dune deserts like coyotes we wept
to know again the taste of cony stew.
My fingers sought a daughter’s locks to braid
as mine thinned to silver beneath my veil.
Bishop of a rowboat, he oared an ocean
to smite Myra’s doubt with a gunnysack
of splints and cloudberry. It was a land
weary from gumming a Roman bridle.
Beside his moonlit cot he chapped his knees.
The jailor traced my scars. So freed, my love
repaid my love with stones. I wait upon
his name among the news of martyrs here,
an orphanage, balming the blind girl’s sores.
The Nineteen Nineties (Abridged)
There was the usual shortage of saints.
There was much discussion of slimming
down. After growing in brand & variety
peanut butter earned its own shelf.
Teens made a mockery of flannel
living secure in the faith that they
were the first to believe in nothing.
Except at Christmas, everyone gave up
on letters. Beautiful strays were fed
& put to death. No one wanted to cross
the bridge. No one trusted water
from the tap. Sleet warmed its end
on clay roofs of gophers.
Like small grains of rice
satellites left Earth beaming back
sitcoms. All our wars
were small & in their smallness seemed
for a time complete.
All Poems Copyright © Adam Tavel 2017