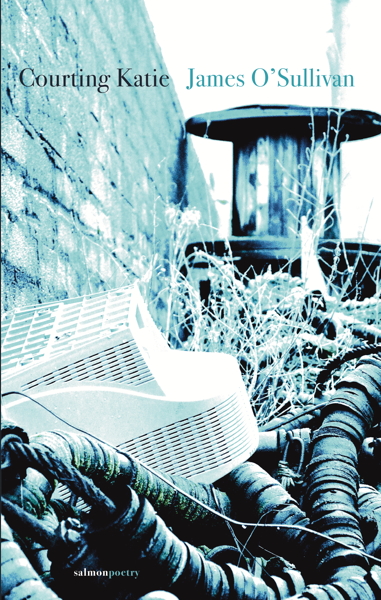 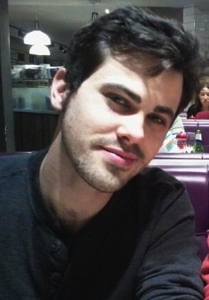 James O’Sullivan has been published in numerous literary journals and anthologies, including The SHOp, Southword, Cyphers, and Revival. James includes third-place in the Gregory O’Donoghue International Poetry Prize 2016 and commendations in both the Munster Literature Centre’s Fool for Poetry 2014 International Chapbook Competition and the Charles Macklin Poetry Prize 2013 amongst his honours. He has twice been shortlisted for the Fish Poetry Prize, as well as the Fish Short Story Prize 2014/15. James is also the author of Groundwork (Alba, 2014) and Kneeling on the Redwood Floor (Lapwing, 2011). He has been a guest reader at numerous venues and events, both national and international, including Ó Bhéal, the Cork Spring Poetry Festival, and the CFHSS Congress of the Humanities and Social Sciences. James, who is a lecturer at University College Cork, is the Founding Editor of New Binary Press. Further information on his work can be found at josullivan.org.
Review: Courting Katie Reviewed by Jessica Trainer for Poetry Ireland Review Issue 126
The challenge of first collections, as once told to me by a more experienced poet, is not to throw the kitchen sink at them. Often gathered over the course of a decade or so of poetic exploration, debut collections rely on our relishing ‘the drunkenness of things being various’. Better that, of course, than a grouping of poems that feel unfortunately familiar. Happily, there is little sense of repetition between these debut collections. James O’Sullivan, Liz Quirke, and Colin Dardis are three poets whose approaches and subject matter could hardly be more different.
James O’Sullivan’s Courting Katie (Salmon Poetry), with its cover image of an obsolete computer languishing in an urban dump, seeks to weave poetry from cast-off things; the waste land of youth is picked over for vivid moments and memories, offering surprising vistas. In ‘Katie’, O’Sullivan captures the heady heights of young love while reminding us of the reality of puke-stained ankles:

Come away, she coaxed, and I did,

down Parnell Place, holding her hair

while she vomited, my left foot lodged

in discarded pizza, the smell of urine

in my nostrils, ready to be held myself.

There’s humour and wit to be found in the con ation of the mythic siren call with the lucid reality of teenage courtship. A vein of keen observation runs throughout the collection. O’Sullivan breathes life into deserted streets and grey city corners with the love of a latter-day Kavanagh. In ‘Those Streets’, O’Sullivan’s paean to Cork, the atmosphere of that city envelops the reader:

Those streets are where I’d neck naggins,

where the mist would be worth the warm glow

of candlelight in some snug, stout waiting

These public testimonies are paired with more personal poems, addressed to unnamed others, and dealing with the complexities of modern life and loves. These are sometimes more gnomic in expression than O’Sullivan’s more nostalgic or public-facing poems, and while their language is perhaps more fluent and lyrical, there is an occasional sense that the reader is watching proceedings at a slight remove. ‘Necropolis’, a strikingly atmos- pheric poem, hints at a landscape of ghost estates populated with the dispossessed. If it never quite allows the reader access to the relationship between the speaker and the subject of the poem, it certainly captures the subject’s passion:

There was more sweat than craft poured here,

from cutting into Kingspan with a handsaw.

O’Sullivan is at his best when evoking place through deft observations of custom, habit, ritual; in these poems he sets himself apart as a writer will- ing to seek poetry in the seemingly unpoetic, where ‘cans of cider/ still taste like stolen nights spent on bridges’ (‘The Angels’ Share’).