Along the Flaggy Shore: Poems from West Clare / Carlos Reyes

Along the Flaggy Shore: Poems from West Clare

In his tenth volume of poetry, Irish American poet Carlos Reyes returns once again to Ireland, to the townlands of Letterkelly and Cloonanaha in County Clare. These communities have informed much of Reyes’ work, including At the Edge of the Western Wave (2004), and The Keys to the Cottage: Stories from the West of Ireland (2015). For more than forty years Reyes has returned to West Clare to his second home and his second family.
The poems in this collection capture the stark rural life that now has mostly passed. Reyes attempts to gather the remnants of a way of life that was pushed aside and forgotten with the arrival of the “Celtic Tiger.” Sitka spruce has supplanted the peat bog, and the slane rusts in the barn. The iconic haycocks that dotted the countryside are now replaced with huge black bags of sileage.
This book paints a lyrical picture of a world gone. As Yeats’ said, a way of life “all changed, utterly changed.” 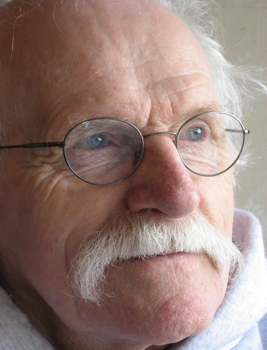 Poet and translator Carlos Reyes first came to Ireland in the early 1970s, when he purchased a three-hundred-year-old cottage in County Clare. His neighbours in Letterkelly consider him part of the family. For 40 years, Reyes was publisher and editor of Trask House Books, a poetry press. He is a founding editor of Hubbub, a poetry magazine, and served on the editorial staff of Ar Mhuin na Muice (On a Pigs Back), an Irish literary journal. He has published ten volumes of poetry, many volumes of translations, and a memoir, Keys to the Cottage, Stories from the West of Ireland (2015).  His most recent poetry book is Guilt in Our Pockets, Poems from South India (2017).  He is the recipient of a Heinrich Böll Fellowship (Achill Island, Ireland) and fellowships from Yaddo and the Fundación Valparaíso (Mojácar, Spain). Acadia National Park and Joshua Tree National Park among others have hosted him where he has served as poet-in-residence. When not travelling, Reyes makes his home in Portland, Oregon USA.
Photograph by Karen Checkoway