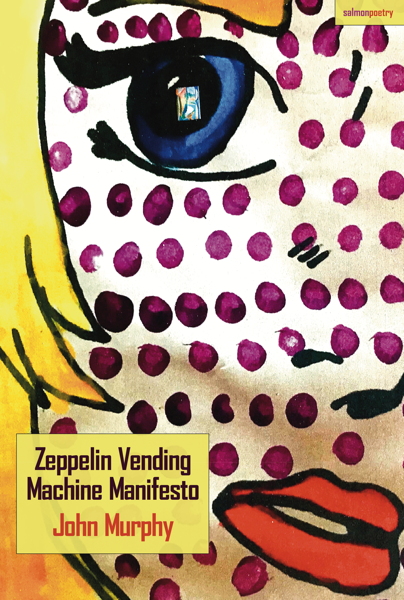 “Experimental is often a word used juxtaposed with poetry as a way of divorcing that poetry from its purpose. As though an experiment is an indulgence. Here, in John Murphy's Zeppelin Vending Machine Manifesto, we see that notion sunk, for this is a book of exploration, or mindful, playful, dynamic and innovative searching and reflecting. Full of humour and energy and boldness, this isn't a book to be categorised, but read, ingested and admired."

“John Murphy is a poet who is travelling fast, responding to the age of digital acceleration with creative rage. His work is terrifyingly and brilliantly modernist, the counter-sublime response to our reality that we all need to hear.” 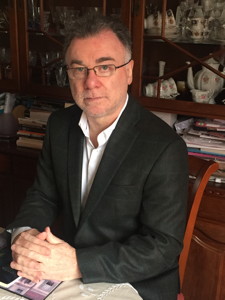 John Murphy’s debut collection, The Book Of Water, was published by Salmon poetry in 2012, and his second collection, The Language Hospital, was published by Salmon in 2016.  He has been three times shortlisted for the Hennessy Cognac/Irish Times writing awards, and has been a finalist in the UK National Poetry Competition. He won the Strokestown International Poetry Prize  in 2015, and won it for a second time in 2016. He is a fellow of both the British Computer Society and the Irish Computer Society, and has worked for most of his life as a computer scientist and academic (IBM, DCU).

Steve Spence, from the review in Litter Magazine :

“… This is a powerful collection of poetry, John Murphy challenges us with the problems involved in negotiating ‘difficulty’, both in terms of ‘the actual situation described’ and in an attempt to write about it openly and clearly and without self-delusion …. you can puzzle over and enjoy the relation between the language and ‘what is being said’, with its mix of phenomenology and an awareness of the complexity of experience and perception captured in so few words. Yet once again, the ‘experience’ is expansive, as suggested in the final lines of the poem ‘Contour’: ‘every day I live / in many worlds’.

‘Crapitalism’ is another short poem which is as bleak and direct as it’s possible to be and while having a joke at its heart (as implied in the title) is about as succinct an assault on our ‘current state of affairs’ as I think is achievable: ‘Unfriend your friends. / Take the money’.  Then we get as the final lines – ‘Someday someone will invent  / a food without an aftertaste of shit that’s made from shit. / Hungry millions will make their own / and pay for it.’ Dystopia in less than 14 lines!

‘The Queen of Snow’ is pretty much a villanelle which is filled with resonance and reminds me  through its puzzling quality of both William Empson and W.S. Graham. Again it has a very ‘chilling’ feel (unsurprising, given the imagery) which manages to conjure up a vision of Narnia (childhood again) and also a very contemporary social commentary:

When asked for shelter the yes-men say, No.

Who will help us on our reckoning day?

The one who knows is the Queen of Snow

outside cold churches where no one goes.

The last line is terrifying and I’m still not sure why after having read it through a few times. Is it because even in a secular society such as ours the church has resonance as a place of sanctuary and now we are ‘outside cold churches where no one goes’.  Yet  ‘in cold churches’ the ‘priests never say’ and while I know the dangers of attempting to interpret poems in a ‘literal’ manner the desire to attempt an interpretation with these pieces by John Murphy is almost overwhelming.”

Michael Angelo Tata, from the review in Rain taxi magazine

“…. A kerfuffle breaks out: the suddenly liberated students of Saint Cassian are busy dismembering him, disarticulating bone from limb as they mark his skin with the heated styli that a week earlier they had used to trace out the alphabet under threat of corporal punishment. Such is my reading of Zeppelin Vending Machine Manifesto, the Irish poet John Murphy’s new collection from Salmon Poetry. Anything that makes me hallucinate is something I adore, and Murphy’s writing is the perfect catalyst for such a hypnagogic journey. Sometimes, a bratty Gertrude Stein baby babbles nonce syllables for an audience of possessed puppets, while other times there is the shocking realization that an integer can have an irrational root, and one gets lost without being able to contact Stephen Hawking for help: “The bodies warm in the buzzing air, / the muffled psalms of flies, earth / and flesh masticated by the word, / the breathless fire of the human surd” (“As If These Lands Were Ours”). He’s with Marianne Moore now, which is not entirely inappropriate, given Murphy’s queer status as Naturalist, one transfixed by the names and labels that fix and order life, though the inert magic of “a sliver of light / cutting in from the railway lamps outside / a bottle of Hennessey on the television” (“What it meant”) might sidetrack him entirely. Murphy is more than Linnaeus, though. His poetry sings with the music of planetary spheres within an experimental landscape that typically does not permit such lyric excesses.”

Other Titles from John Murphy 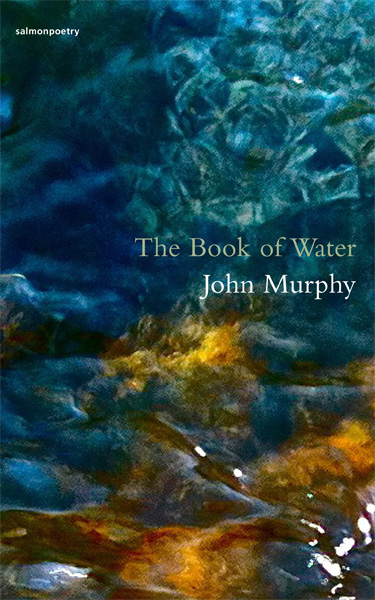 The Book of Water 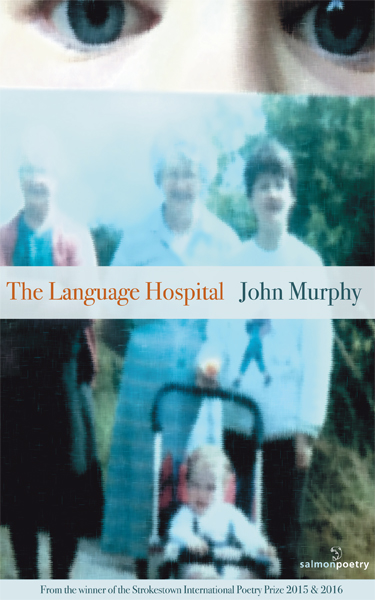