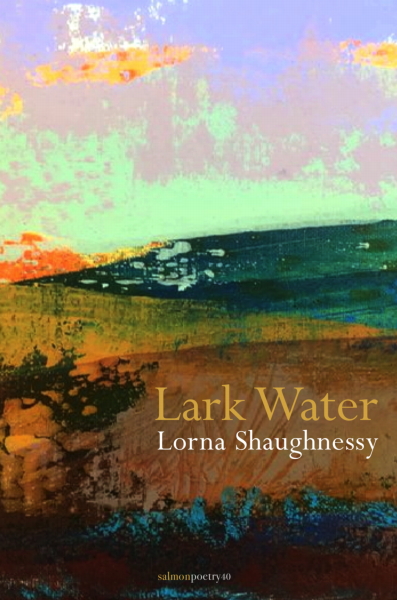 LORNA SHAUGHNESSY has published four poetry collections, Torching the Brown River, Witness Trees, Anchored and Lark Water (all with Salmon Poetry) and a chapbook, Song of the Forgotten Shulamite (Lapwing). In 2018, she was awarded an Artist’s Bursary by the Arts Council of Ireland. Her monologues based on the myth of Iphigenia, Sacrificial Wind, were staged in 2016 and 2017 and adapted for online showings in 2021. She lectures in Hispanic Studies in NUI Galway and translates Galician, Spanish and Latin American poetry, including two collections by Manuel Rivas, The Disappearance of Snow and The Mouth of the Earth (Shearsman Books). She is the Director of Crosswinds: Irish and Galician Poetry and Translation, a collaboration of poets and translators in Galicia and Ireland.
Three Worn Words
I would gather the smoothest pebbles from the shore,
cooled and brightened by unfailing tides
to place on your forehead as the sun goes down.
I would walk with you from the river’s mouth to its source,
stop and sit on flat rocks to inhale its song,
watch dragonflies dip and skim its skin.
I would row us to an island without a past,
tie up the boat and cast adrift the oars
to let the sea decide if we should stay or go.
I would carry to the edge of the highest cliff
the three worn words that weigh so heavy
on our backs we have grown old and stooped
and walk in pain along a road that does not know how far to take us.
And there, we could fling each word from the precipice:
one to flash white in sunlight with the gulls,
one to split into a prism with the spray, one
to fall into the waves and find its own sound
in the clamour of water, air and stone.
And even if we did not understand them, the words
it found there would tell us stories of who we were
before we were betrayed by lesser tongues.
Worshippers
It caught us unawares: the flap of raven-wing
above the meditating stones of a ring-fort,
the still bowl of hazel and juniper scrub.
First one invisible voice, then an echo,
then too many voices to be a song of stone
as one black comma punctuated the sky’s silence
then another, and another, wheeling
to an apex
of sound
in air
then scattered in pairs
to the widest   horizons of our vision.
We counted more than twenty.
Homeward, on a bend in the road
we heard again that single raven-call,
spotted above the sloes and briars
a limestone outcrop, and roosting there
in a temple to their raven gods
the whole outlaw tribe.
The Turn in the Year
February first: the membrane of time
has grown so thin it leaks memories.
Like the season, the body strains towards
a barely visible light, strives to find
some solid thing to hold onto.
A straw will do, not necessarily the last,
one blade of grass, even one thread
can become the first in a weave
that sparks a multi-coloured paisley
with blazing tongues of Zoroastrian fire
and the carpet thrums as it grows.
Poems Copyright © Lorna Shaughnessy 2021

Other Titles from Lorna Shaughnessy 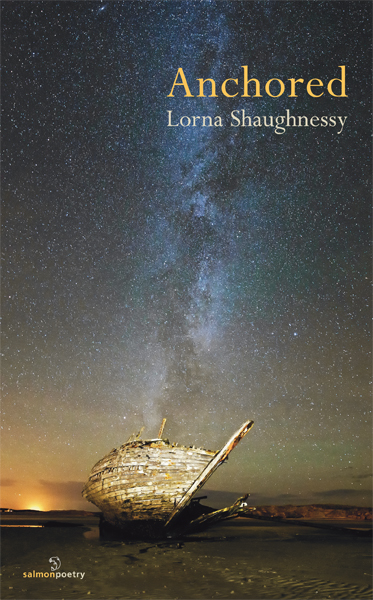 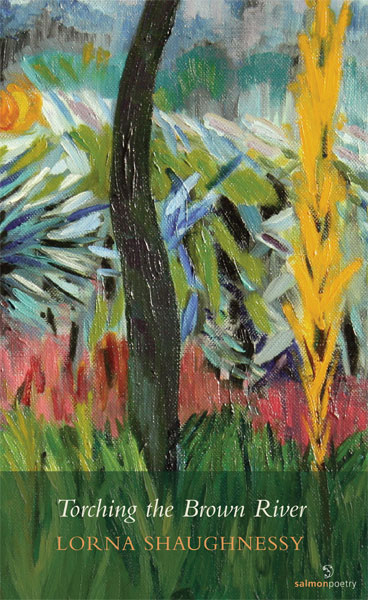 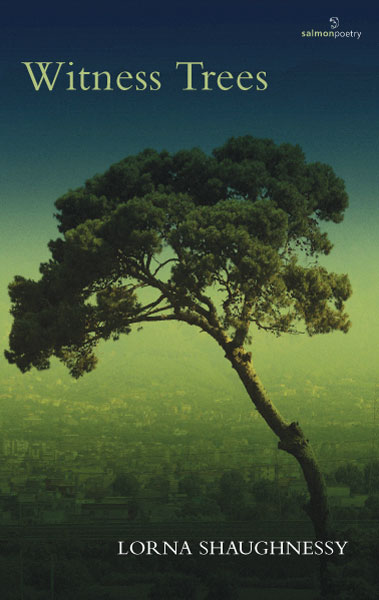