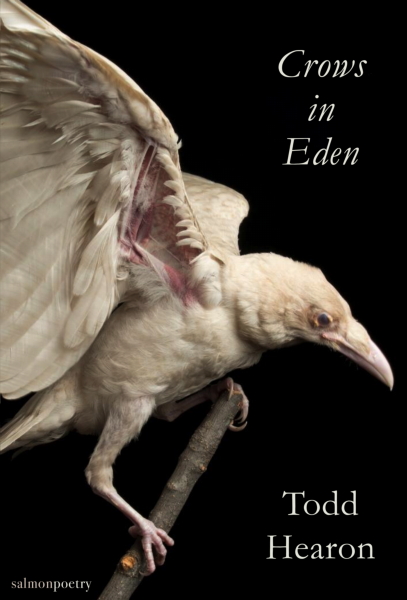 author of Blood at the Root: A Racial Cleansing in America

“In Crows in Eden, Todd Hearon practices that rare brand of poetic ingenuity, one attuned to the modal phrasings of history and those voices carried over time by wind and imagination. Underpinned by a deep faith in language and form, the poems here, perceptive and lyrical, forgo amnesia in favor of a perpetual light, and what Hearon devastatingly uncovers is nothing less than our brutal past, and yes, the paucity of our humanity. Yet Crows in Eden has within its vision that city on the hill, some future America, sustained by moral and just measures of sound and fury.”

Eden, a small town in the Great Copper Basin of southeast Tennessee, where 100 years ago, an African-American community is forced out overnight, following the lynching of three young black men; Malaga Island off the coast of rural Maine, where around the same time, a mixed-race community mysteriously disappears on the eve of the State’s eviction: these disruptions and dispossessions form the arc of Todd Hearon’s new mixed-genre collection on “sundown towns” and communities:  areas of the United States that historically have been made, and maintained, all-white.  Exploring the effects on the victims—and the perpetrators—Crows in Eden offers an imaginative and empathetic look into buried shame, past dispersions, ongoing denials: the land’s abiding legacy of an open wound. 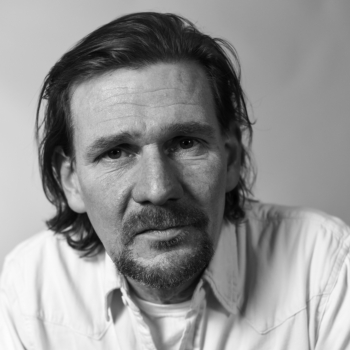 Todd Hearon is the author of two collections of poems—Strange Land (Southern Illinois University Press, 2010) and No Other Gods (Salmon Poetry, 2015)—and a novella, DO GEESE SEE GOD (Neutral Zones Press, 2021).  His poems, essays and plays have appeared widely in the United States and abroad. He is the recipient of a PEN/New England “Discovery” Award, the Friends of Literature Prize (Poetry magazine and the Poetry Foundation), the Rumi Prize in Poetry (Arts & Letters), and the Campbell Corner Poetry Prize (Sarah Lawrence College).  He served as the Dartmouth College Poet-in-Residence at the Frost Place in Franconia, New Hampshire, and was a Dobie Paisano Fellow at the University of Texas in Austin.  Born in Texas and raised in the Smoky Mountains of North Carolina, he lives in Exeter, New Hampshire, and teaches at Phillips Exeter Academy.

INVOCATION
It was the dream again
come knocking on my door
like the Jehovah’s Witnesses it was the dream
the stray you made the fatal mistake to feed
the spot on the lung returned the iron tang
on the bitten tongue
like shame the remembered relish
of forbidden flesh
it was the dream
I lay a boy
in the marshmeadow grass
in the moonlight around me     in the whippoorwill dark
the arms of the old ones rose from the salt salt earth
enfolding me and the rasping of their voices
a thin reedy music
an airy enchanting saying Claim us
Claim us
you who have believed yourself so long
belonging to no one anonymous star
in the pioneer night
little runaway
we are the distance you have been hurrying into
all your life we the tree
pinned at your center
certain shade
the fruit alone which nourisheth
I stood
the taste of their putrescence on my lips
(gypsum and henbane  oleander blossom)
my tongue awaking knowing
they would have to be eaten again
Chorics
There are no shadows in this town
white on white the winter sun
wipes down the walls of memory
seeing through us our figures cast
filmy resemblances to stone our ghosts
substantial as a smoke that flits in dream
casting no shadow the past a dream
we awakened from as children and told to go
into the obliterating light
seeing no evil white on white
a smell of dreamy smoke upon our clothes
odor of charring flesh we couldn’t scratch
off the niggling sense it was our own
and when we held our hands up to the sun
bloodless transparencies
our eyes unsaw all they had done
no memory our histories
ever at one removal from atone
*
The past won’t lie down  it won’t stand still  it looks at us
with the livid accusing eyes of one long killed
who knows death is the delusion of the living
and the thing that can’t be filled
the unmarked grave in the corner of the field
that abuts our property (the broken line
of barbed wire strangling the headless posts
in time is the beginning
the past sets out from always
over our scalped lawns and hanging gardens
the keys to our locked bedrooms in its hands
the past stands over us in generation
in the act of love or appetite imagining
our women its women our men its men
and it itself our children
the past stands ready to unfold and lift them
into what we thought lay buried in the past
What lies in the unmarked grave?  Who was it planted there?
The Afterlife of Stories
Johnson’s tractor turned up a skull last summer
called in the authorities but found
no body  shipped it off to Atlanta
for a forensics team down there to poke around
came up male  “Negroid” nasal features
hundred years give or take some in the ground
good teeth  death by “undetermined trauma”
no leads of course at this stage  case shut down
Well short time after that you wouldn’t imagine
all over that field wherever Johnson sunk a spade
dropped harrow them skulls start croppin up
like popcorn all kinds  menwomenanchildern
I seen em one day stacked up in his shed
fifty or so just like a bunch a emptyheaded
bowling balls ogling at you from the other side
authorities come back get busy with more digging
still no bodies   They say they go back pretty far
some settlement or cemetery somethin
long about the time of the First World War
Johnson I say you got in the game too late
think of the killin you coulda made
sellin grave plots  He chuckles   scratches his speckled head
looks out over the land
I reckon  But what gets me is where
are the bodies
White on white
the winter sun
spills its thin
kerosene
across the sticks
of frosted fields
at dawn and sets
the scene ablaze
where in the light that gives no heat the ghosts
rise nomadic in the tendrilled steam
shimmer in the dazzle as if pressed
to speak
and bleed before our eyes to blinding chrome
History is elsewhere
in the quires
and coffered dust of newsprint
oily coils
of microfiche
locked files
in a hundred small-
town “heritage” societies
black on white
what has been history speaks
its good-toothed truth
in an incendiary tongue
denied by the white old
to the white unstoried young
What lies in the unmarked grave?  Where are all the bodies?
Johnson’s Pawpaw knew a thing or two
but ne’er let on a word)
All poems copyright © Todd Hearon 2022

Other Titles from Todd Hearon 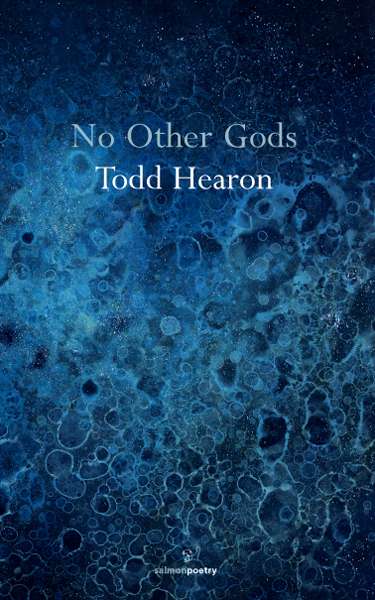