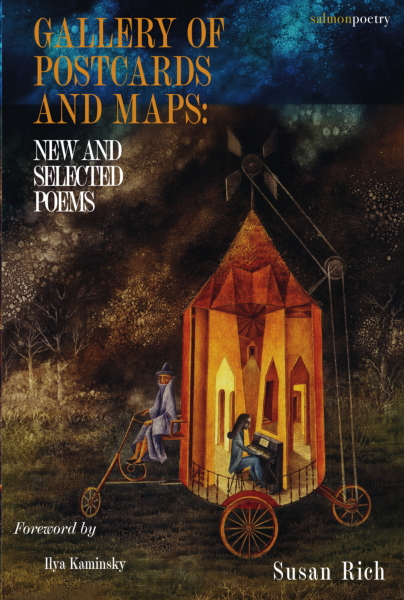 Gallery of Postcards and Maps: New and Selected Poems

Susan Rich’s Gallery of Postcards and Maps: New and Selected Poems is a wondrous and wonderful collection. It gathers poems from her four volumes of poetry while featuring a stellar selection of new work. Perceptive and honest, these masterful poems represent a life’s journey full of imagination, desire, and craft, always striving for transcendence—“knowing yes! is the one chosen thing.” This expansive collection is both a work of art and a map for what it means to be an artist.

With Susan Rich’s new and selected poems, Gallery of Postcards and Maps, we are given a poet’s meditative journey through time, history, memory, desire. It is “a collage of wanting,” a swirling, hallucinogenic “quest into the miraculous.” These poems create a deep conversation with artists, works of art, the world itself as art, and, above all, with the wild, living planet itself. At one point, Rich asks—How to write your one blue life? This Gallery of Postcards and Maps serves as a guidebook and a poetic response to that very question. Rich is a lighthouse poet—a poet who returns us to the harbor of the self while also illuminating the wide and mysterious world we live in.

In Gallery of Postcards and Maps, Susan Rich distils the themes explored in previous collections—travel, human rights, family history, the colour blue. Every idea is a map she chooses to follow and taking her father’s advice, confirms for the reader that: journeys don’t happen in straight lines. 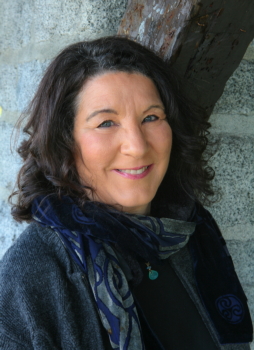