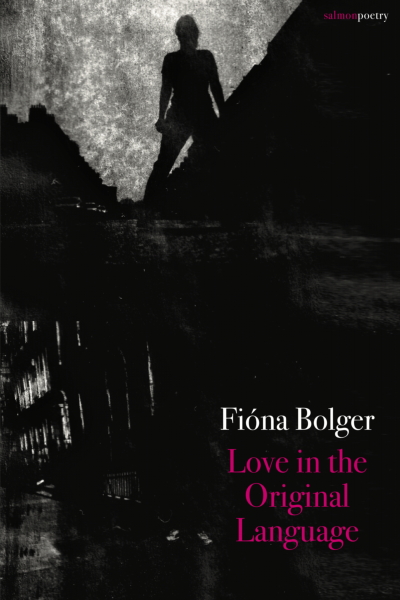 Love in the Original Language 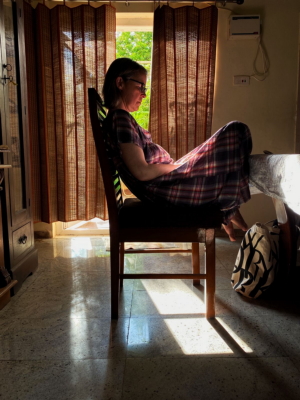 Fióna Bolger lives with her tall daughter and short dog in Dublin. She has never left Chennai. She is a creative facilitator interested in collaborations and mentoring new voices. She works with Outlandish Theatre Platform and ReWrite. More about her on www.fionabolgerpoetry.com.  This is her first collection with Salmon.

A Linkister Plays with Quantum Reality
We are doing lob-pidgin,
lobbing our words back
and forth. You ishq mine
and I pyaar yours. Back
and forth we lob these loves.
Each time they fly back
and forth, they exist in me
and you. I cannot hold
all the words in my head
or even all of one word.
Right now, a little piece of this
exists inside your head.
No Child is Born to Flicker in the Shadows
I open my daughter’s new Irish passport
and printed beneath the mountains
rivers and coast line, I find
It is the entitlement and birthright
of every person born in the island
of Ireland which includes its islands and seas
to be part of the Irish nation.
for one crazy moment
I believe this is true
Kattumaram
I want to write you
a poem of wood and water,
the forest and the sea. I stare
into Dun Laoghaire harbour,
luminous blue air, tinkle
of boats on waves
all wood and water, sun
on sea, gold and blue.
Then I see them
in the Bay of Bengal.
They stand on water, shadows
of men so far away. Generations
have found whispering trees
to strip and bind.
On these they search for fish.
Life and limb on logs,
and I am here with you,
painting their image in words,
how wood and water meet
in the miracle of catamaran.
You dream of travel,
rooted in your forest.
Poems Copyright © Fióna Bolger 2022