Jessie Lendennie is the founder (1981), co-director and Managing Editor of Salmon Poetry. She was born in Blytheville, Arkansas. For Salmon Poetry, she has commissioned and published over 600 volumes of poetry as well as a select list of literary criticism, drama, fiction, memoir and essays. Her own publications include a book-length prose poem Daughter (1988), reprinted as Daughter and Other Poems in 2001 and a collection of poetry, Walking Here (2011). She compiled and edited: The Salmon Guide to Creative Writing in Ireland (1990); Salmon: A Journey in Poetry 1981-2007 (2007); Poetry: Reading it, Writing it, Publishing it (2009); Dogs Singign: A Tribute Anthology (2010); and Even the Daybreak: 35 Years of Salmon Poetry (2016). In 2021, she was presented with Days of Clear Light: A Festschrift in Honour of Jessie Lendennie and in Celebration of Salmon at 40.  Edited in secret by Alan Hayes and Nessa O'Mahony, it includes a foreword by President of Ireland Michael D. Higgins and contributions from over 100 poets and members of the wider literary community.  Jessie's own poetry has also been anthologised in Irish Poetry Now: Other Voices, Unveiling Treasures, The Attic Guide To The Published Works of Irish Women Literary Writers and The White Page/An Bhileog Bhán: Twentieth-Century Irish Women Poets, among others. Her poems, essays and articles have been widely published and she has given numerous readings, lectures and writing courses in Ireland and abroad, including Yale University; Rutgers University; The Irish Embassy, Washington D.C; The University of Alaska, Fairbanks and Anchorage; MIT, Boston; The Loft, Minneapolis, MN; Café Teatre, Copenhagen, Denmark; the University of Arkansas, Fayetteville; The Irish American Cultural Centre, Chicago and The Bowery Poetry Club, New York City. She regularly attends the AWP Association of Writers and Writing Programs Conference in the US, where Salmon is a prominent presence, having been shortlisted for the Small Press Publisher of the Year AWP in 2015. In 2012, she opened The Salmon Bookshop & Literary Centre in Ennistymon, Co. Clare, a vibrant hub for literary events, for writers, readers, students & academics, and the base from which Salmon Poetry runs its publishing operation.

Siobhán Hutson Jeanotte is Salmon's Head of Production & Administration and co-director of the company.  She was born in London and grew up in Galway. She began working with Salmon Publishing in 1991 and learned about book publishing from the ground up. In 1997, along with her brother Aidan of Solas Web Design, she designed Salmon Poetry’s first website making Salmon only the second book publisher in Ireland to have a website. There are now three websites under the Salmon umbrella: the others are www.salmonpoetry40.com, celebrating Salmon’s 40th anniverary, and www.thesalmonbookshop.com, selling a wide range of new & collectable books from the premises of The Salmon Bookshop & Literary Centre in Ennistymon, County Clare. Siobhán designs and typesets the Salmon books and promotional material as well as maintaining the Salmon websites.  She began designing the Salmon book covers in 2001 and, to date, has designed 500+ covers. In 2021, she collaborated with Jessie Lendennie on the design and production of The Salmon's Tale, a poetic and visual journey from the point of view of the mythical Salmon. She has a First Class Honours Degree in Film, Radio and Television Studies.  She lives in Clare with her husband Tim, daughter Eve and their cats Sylvie, Luna and Misha. She loves dogs too though.

Dani Gill is Development and Marketing Advisor to Salmon Poetry. She is also a curator, producer, writer, and educator, based in the west of Ireland. Dani served as Director of Cúirt International Festival of Literature (2010-2016), Ennis Book Club Festival (2020-2022) and has also held production and creative roles in theatre and film. As an Audience Development Officer for Words Ireland and LIVE Network, Dani works with venues and arts offices nationwide to deliver bespoke programmes. In 2022 she founded Match in the Dark with Brendan MacEvilly, a platform to create more paid opportunities for writers, drive literary innovation and advocate for writers' needs within the literary sector. Dani holds a Diploma in Community Development and Youth Work and is motivated by projects that seek to engage, inspire and reflect community. A love of landscape and cross-artform collaboration inspired her to found The Lighthouse Project in 2020 which delivers site specific responses around Ireland to lighthouses from writers and artists. Her debut poetry collection After Lovewas released by Salmon Poetry in 2017 and was also made into a dance/theatre production that premiered at the Galway International Arts Festival in 2021. Her second poetry collection Lessons in Kindness will be published in spring 2022. 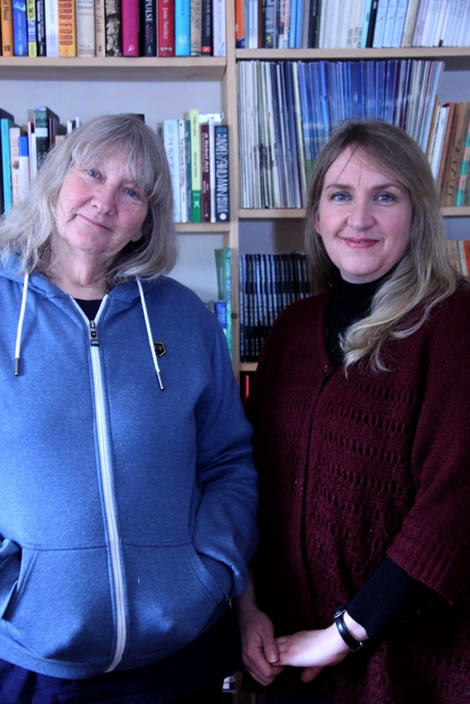